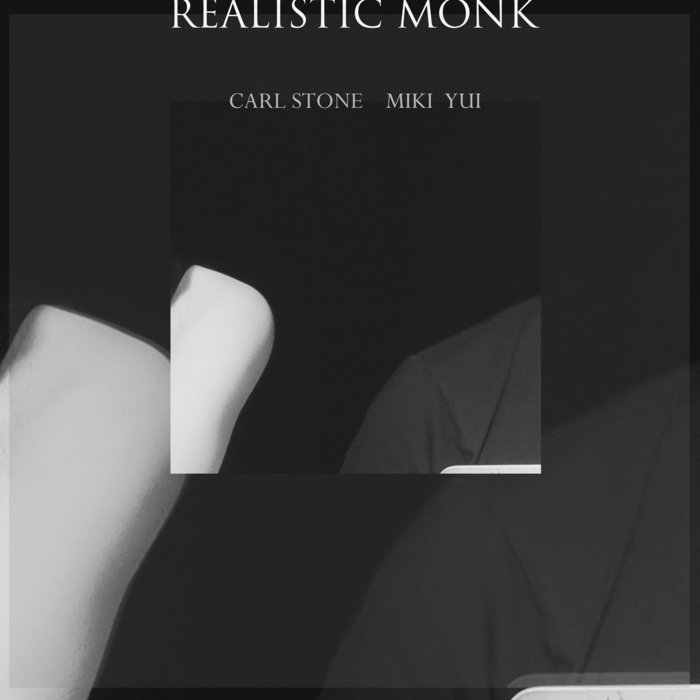 Realistic Monk is the new performance project from Carl Stone in collaboration with artist and composer Miki Yui. Carl Stone is one of the pioneers of live computer music and has been composing electro-acoustic music almost exclusively since 1972. The Village Voice has famously hailed him as 'the king of sampling'. Miki Yui is an artist and composer who develops pieces of music, drawings and sound installations that start from a perception of the faintest sounds and noises and subtly reference existents.

Realistic Monk has previously released the recording of their 2017 live performance at Café Oto, making Realm their de facto debut album. Over the course of five pieces, they focus on small sounds, often at the edge of perception, aiming at a deeper listening and perception of their musical stance and technique. Soundscapes that play with enchantment and disenchantment, emerging out of voices, noises and field recordings and acoustic feedback, their work is as subtle as it is fearless. Realm's play with musical and other signifiers make the album into a highly relevant and even outspoken take on electronic music today.

The album comes with a text by David Toop.

Realistic Monk presents the album during their Europe tour in September 2018 including at the Meakusma Festival.